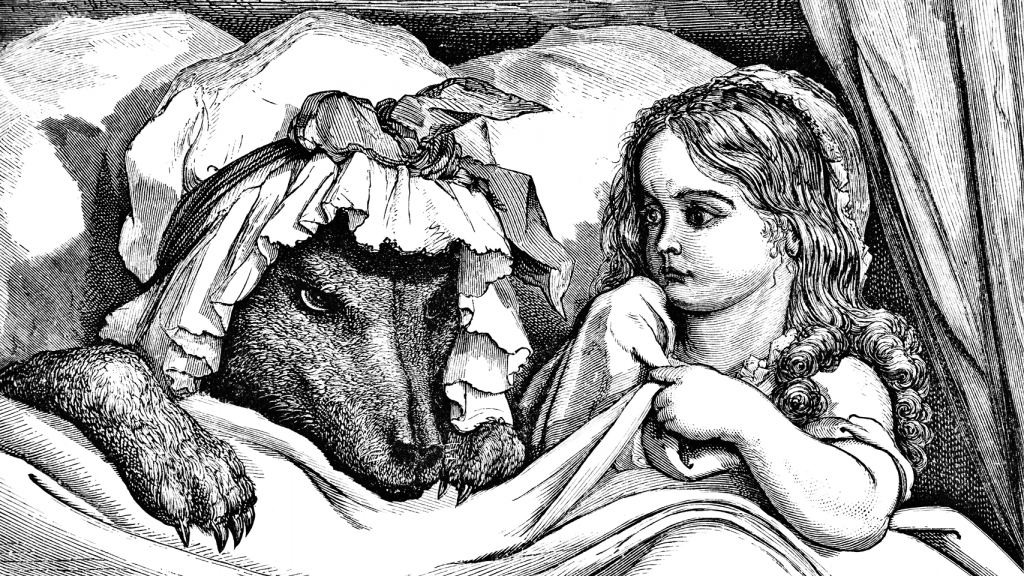 Still reeling from twin blows to its business model – in the form of sustained abandonment by both readers and advertisers for more than a decade – the news media has for some time also been contending with a crisis of trust.

If not exactly caused by ‘fake news’, that phrase has at least come to represent the sinking level of consumer confidence seen by print, broadcast and online news outlets on both sides of the Atlantic in recent years.

Magazine publishing has also been jilted by subscribers and sponsors alike, but it’s fair to say it’s not an industry where truth has historically been the driving force.

Magazines sit in a part of the media where ‘fake news’ is to be more broadly understood. At its narrowest definition ‘fake news’ means deliberately falsified content – artificial stories or statistics designed to mislead people, whether that’s for political or financial gain or just for the hell of it.

Open it wider and it can include the hyper-partisan outlets that have grown up on both ends of the political spectrum in Europe and the US and the controversialist click-bait that even many established outlets, especially here in the UK, stray into more than they would like to admit.

But to understand its impact not only on print newspapers, but on editorial titles across all platforms, we need to open it wider still and reveal the creeping role of content creators who sit outside the media, free of even those editorial principles to which the mainstream still shakily clings.

Key among them is the so-called ‘Chinese wall’ that has historically separated editorial from advertising – the church and state of media organisations – a demarcation that has been at the heart of media governance for decades.

Somewhere between these blurred lines lurks the hybrid creature, variously and euphemistically referred to as commercial, sponsored, branded or even native content.

This chimera, once know as advertorial, is by no means just a modern phenomenon. More than a century ago Michelin guides were using content as a tool of compliance – but it’s growing fast – and getting harder to spot.

Historically, print media (magazines, journals, newspapers) and broadcast media (radio and television) identified advertising more or less by context alone. You knew if you were looking at editorial or advertising from where the content was placed.

Adherence to this separation was not just elicited by the threat of regulators, but by the business model itself. It was once said media owners were like men with two lovers – the reader and the advertising agency – both of whom could be appeased by this uneasy compromise. Readers or viewers would tolerate being interrupted by commercial messages so long as the partition was maintained between the adverts and the content they were enjoying and the quality of that content was unaffected.

But with the advent of the internet, both lovers left and fell instead into each others arms. The readers could access practically unlimited content, free at the point of delivery. The agencies could get cheaper, targeted messages and – something they had craved for years – analytics. More than a century before, marketing pioneer and founder of the Macy’s department store, John Wanamaker, had said “Half the money I spend on advertising is wasted; the trouble is I don’t know which half”.

Online advertising analytics, the agencies believed, finally gave them an answer to this enduring conundrum that would placate their paymasters. By comparison, print advertising looked far too speculative. It later emerged that these analytics were highly misleading, in all sorts of ways, but the revelation came too late for the advertising juggernaut to change direction.

What was often left unsaid at certain media organisations was whether the adverts existed to support the editorial, or the editorial to support the adverts. As commercial imperatives drove newspapers and magazines to begin dismantling the divisions between these departments this artful riddle would become an existential battle for owners and editors.

In 2014, at an IAB marketing summit, Meredith Levien, then Chief Executive Vice President of Advertising at the New York Times gave a now-famous account of what makes good native advertising. She said:

“It respects the independence and the sanctity of journalism and, at the same time… puts the onus on a reader to decide ‘do I want to engage with a marketer’s content?…[It] is just not meant to be trickery. It’s meant to be a publisher sharing its story-telling tools with a marketer.”

To maintain consumer trust, she suggested, publishers need to ensure that those marketers do three things: tell the truth, be transparent about who’s telling it, and add value to the conversation.

Levien’s argument is not obviously implausible. Some marketers do have, in her words, “deep domain expertise”, and if they clearly disclose that both they and the publisher are being paid to share that information the consumer could enjoy added value. This may be more probable if the company’s products or services are complex and wide-ranging, but Coca-Cola, a company who’s main product can be adequately described with a very short list of household ingredients is nonetheless one of the biggest content marketers out there.

Levien seemed to be articulating a genuine plea for goodwill between publishers and marketers. One that would allow an ailing news media to once again play matchmaker to readers and advertisers and secure some much-needed financial ballast in the process.

But the mainstream media is no longer the author of the content creation rulebook. Long before the New York Times called Levien in, Google was already undermining the assumptions of the content economy. In the decade of its ascendancy, Google made search engine rankings the yardstick of success, and introduced traffic as the main currency of content.

The company decided – for reasons that seemed innocuous enough at the time – to prefer sites with regular, fresh content. Marketers quickly realised that they needed to be creating it if they wanted results – even if there was very little to say about their products.

Every man and his dog

Alongside the marketers, businesses too small for marketing departments, bloggers, campaigners and so-called citizen journalists started to believe if they could only produce content in large enough quantities to feed the search engine furnace – regardless of quality – they could climb up to the top of the search results page. Upward mobility on the web was not for the most painstaking but the most productive.

Google and Facebook – now referred to by a resentful media as the ‘Duopoly’ – along with Amazon and others, took advantage of the unexpected emergence of a vast new workforce of unpaid content creators. The internet was flooding with blogs, videos, social sharing and product reviews. This windfall of voluntary labour was the foundation upon which the technology giants of today were built.

For a brief time it looked like this might work out well for media outlets. Online audiences could be orders of magnitude larger than print readerships and media sites tried to apply the ad-funded model that had worked so well for years in print, to show corporate messages, while visitors enjoyed their great content for free. If advertising agencies were now in the business of buying quantifiable ‘eyeballs’ the media still attracted the most. But while readers were happy to consume the content in ever-larger numbers, not much value could be put on eyeballs with banner blindness.

Under the weight of new editorial pressures, sites like Buzzfeed emerged. They were more than blogs, but not quite news brands. Buzzfeed let free-market economics drive its editorial policy. It set up analytics to identify topics people liked and wrote short, punchy stories and ‘listicles’ about them. Giving people more of what they wanted created a feedback loop of so-called ‘snackable content’.

Editorial decisions were being taken out of the hands of editors and put into those of the reading public. And Buzzfeed didn’t rely on the crestfallen banner ad, instead it used its decentralised editorial model to find or create high demand for marketers’ branded content.

The substance of the content became less important than getting people to click on it. The comparison with snacks was apt. Content became fast food; served quickly, cheaply, easy to digest, but not very good for you. And the public’s appetite was insatiable.

As content was commoditised and piped out through search results on Google, social media engagement and email marketing, publishers mattered less and less. Marketing and advertising agencies were fast becoming publishers, putting their content straight out on to the web without a publisher as intermediary. Poachers turned game hunters, content marketers were popping up in the place of jobless journalists, and trying to decipher how to make their content compete.

But while the marketing agencies and publishers were arguing over who ate whose breakfast, the brands decided to go into the content business themselves. Companies from Red Bull to Marriott hotels started describing themselves as media organisations.

What you won’t see, as you scan through the search engine results page, is any indication of which is which.

That’s the problem, but what is the solution? Look out for our follow-up piece coming soon.

https://www.fourthestatecreative.com/article/making-videos-from-home/
https://www.fourthestatecreative.com/article/is-content-a-dirty-word/
1122
Where does branded content come from? | Fourth Estate Creative
To understand branded content you need to know how it developed and the challenges in content monetisation that it is a response to. This potted history shines light on the origin of this by no means new-fangled approach.
Paul Evans
50%
50%
What was often left unsaid at certain media organisations was whether the adverts existed to support the editorial, or the editorial to support the adverts.
content_category,content_tag
MEDIA
Branded Content
Content Marketing
Media Trust
ABOUT
SERVICES
APPROACH
WORK
CONTENT
CONTACT
PRINT
WEB
DIGITAL
VIDEO
AUDIO
PROMOTION
TEAM
CLIENTS
TESTIMONIALS
NEWSLETTER
DATA POLICY
TERMS OF SALE