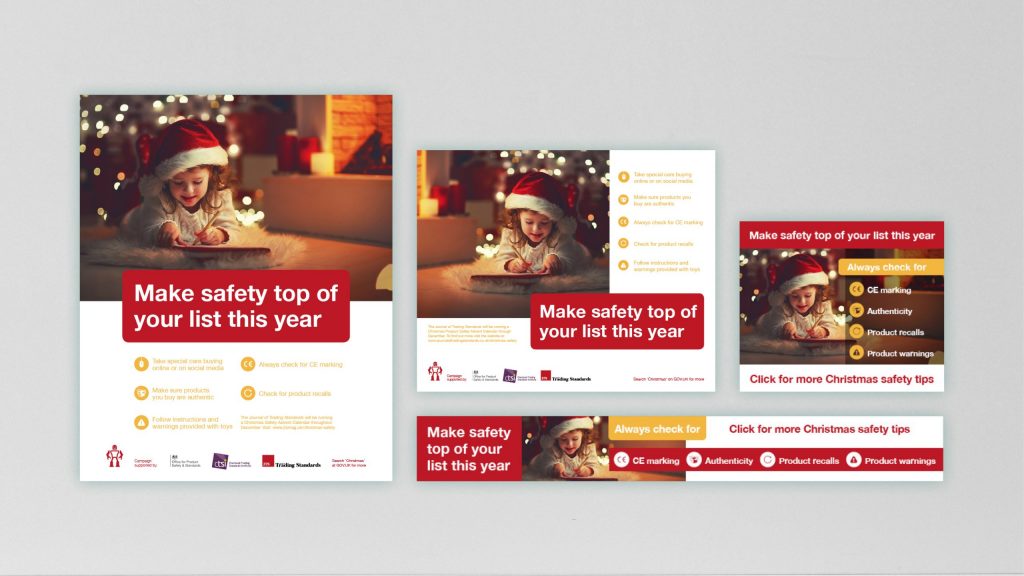 This cross-platform ad campaign for Safety & Standards had a simple focus: 5 key messages about making safe choices when purchasing toys as Christmas presents.

The campaign was originally intended to be print only, running in local newspapers in the run-up to Christmas, but the campaign messages were extended to web coverage, using the same core design for the online ads as for the print versions (banner and MPU artworks are shown on the image above, next to the two print versions).

The messages were aimed at anyone purchasing toys for Christmas – primarily, but not exclusively, parents. The best way to reach this audience was with a charming picture of a child, juxtaposed with a (gentle) safety warning.

The adverts were run in local newspapers and their online counterparts during the peak Christmas shopping period.