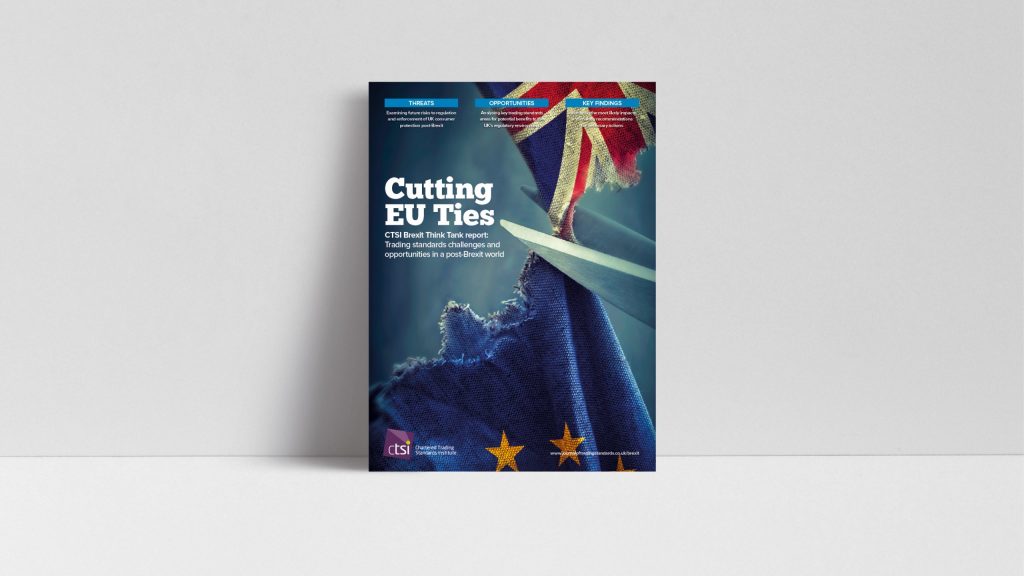 At the time of launch Brexit information was at saturation point, but the CTSI Brexit Think Tank needed to get important messages out about how in practical terms the UK’s withdrawal from the EU would affect trading standards services’ ability to enforce regulations and protect consumers. We spoke to experts in nine areas most likely to see serious changes post-Brexit and collated their messages in a clear and accessible format in this print summary booklet.

We needed to take the messages to readers wherever they were, so we used print, web and video to get them out. For the print summary booklet the goal was to make an impact, so it needed to be well-designed, with clearly laid out information in the form of pull-stats, graphs and infographics, so that decision-makers could see the key points from a simple flick-through.

The audience, particularly for the print booklet was government ministers and public sector workers who would have influence over the decisions that would eventually need to be made about the UK’s post-Brexit regulatory landscape.

The booklet was launched to MPS and ministers at a special reception at the House of Commons. Copies were also sent to all members of the Chartered Trading Standards Institute and to other stakeholders and members of the press.