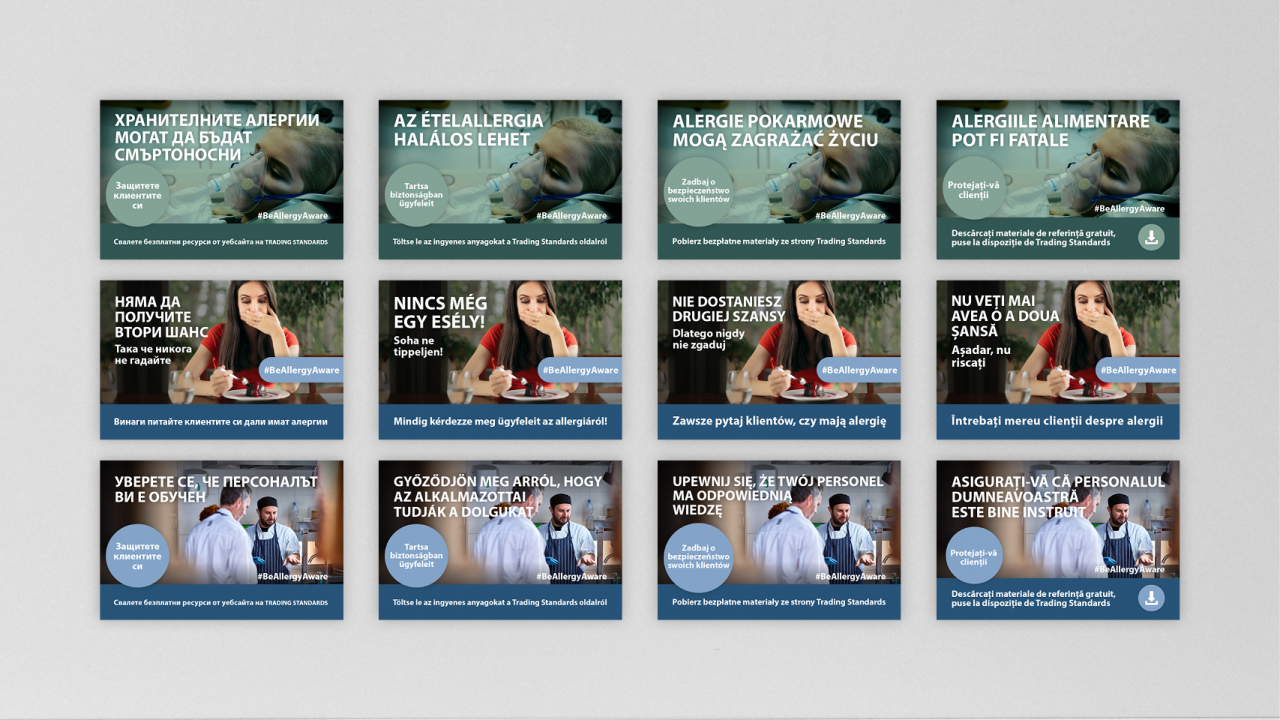 Greater Gwent Food Group were creating a campaign to raise awareness of the various potentially life-threatening food allergens which restaurants and shops need to look out for in their food preparation and warn customers about. We worked with them to create a video trailer promoting a longer video they had put together with details of the allergens as well as some individual stories of allergy sufferers.

We also created a range of 6 different campaign graphics and optimised each for the three main platforms they wanted us to focus on: LinkedIn, Facebook and Twitter.

To ensure that the messages spread as widely as possible they then asked us to translate and reset all the assets – video and graphics – into a number of languages that may be common among restaurant owners and workers, including Chinese, Turkish, Urdu, Bengali, Hindi, Urdu and Kurdish. We were able to produce high-quality version of all the assets even with languages using a non-latin alphabet.

Following a successful campaign in these languages we were asked several months later to translate the content again, this time into Bulgarian, Hungarian, Polish and Romanian.